Art exhibition “The Hybridity and Dynamism of the Contemporary Art of the Philippines” commemorates the 70th anniversary of diplomatic relations between the Philippines and the Republic of Korea. The Philippines is the first Asian country to establish diplomatic relations with Korea.The Philippine archipelago comprises over 7,000 islands with rich indigenous cultures and the country went through Spanish colonization from the 16th-19th century and was strongly influenced by the United States and Japan in the 20th century, resulting in an adoption of modern art along with a resistance to Imperialism.The six-day exhibit is part of a series of art exhibitions shedding light on ASEAN countries organized by the Hansae Yes24 Foundation. Founded by Hansae Yes24 Holdings CEO Kim Dong-nyung, the foundation has introduced over 60 artists through exhibitions centering on Vietnam, Thailand and Myanmar since 2014.Kyonggi University honorary professor and the foundation’s chairwoman Cho Young-soo said the mother company, Hansae Fashion Worldwide, has a strong base in Southeast Asia and the exhibition is an effort to return to those countries.“We considered several ways to return the kindness to those countries and concluded that culture is the best way to present it. We started with art exhibitions and expanded to literature translation this year,” Cho said at a press conference Wednesday.“It is difficult to understand the Philippines and its cultural diversity all at once. I hope this exhibit will broaden the understanding of life and culture of our close friends in the Philippines and how their diversity is reflected in contemporary art.” 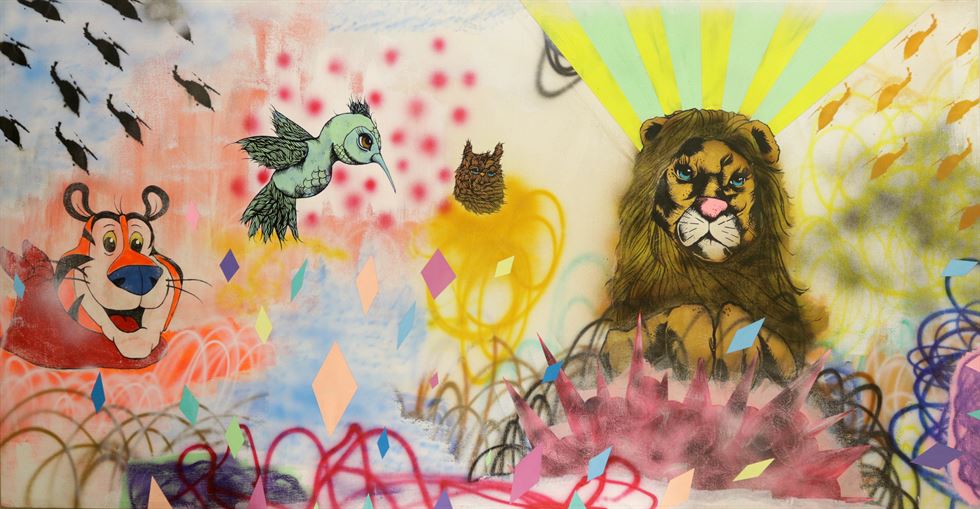 The 11 participating artists acknowledge the tradition of Filipino art while reflecting contemporary trends covering five themes ― landscape, heredity, satire, desire and healing.The exhibit is curated by Choi Eun-ju, now director of the Daegu Art Museum. Choi visited the Philippines several times and said that Filipino contemporary art has developed beyond expectations.“Filipino art shows how the country is highly receptive to varied cultures from the East and the West and marine and continental culture. This exhibit is going to open a new chapter for Korean art connoisseurs who are partial to Chinese and Japanese art in Asia,” Choi said.Ged Merino visited Seoul last weekend to host his signature wrapping workshop with Korean participants. Merino breathes new life and meaning into old objects such as books and shoes by covering them in recycled fabric and string. The encased objects connote a new relation between the object and the person who wrapped it.Zean Cabangis’ landscape paintings feature porch-like structures in tropical rainforests, a major ecoregion of the Philippines, while Lui Medina’s works show overlapped mountainous scenery from multiple perspectives.“Victor Balanon’s paintings show the expertise in oil painting in the Philippines. Oil paint was introduced to the Philippines in the 16th century by the Spanish to create religious paintings such as Madonna and Child. It is much earlier than Korea which first adopted Western oil painting in the late 19th century and the Filipinos developed the technique fast,” Choi explained. 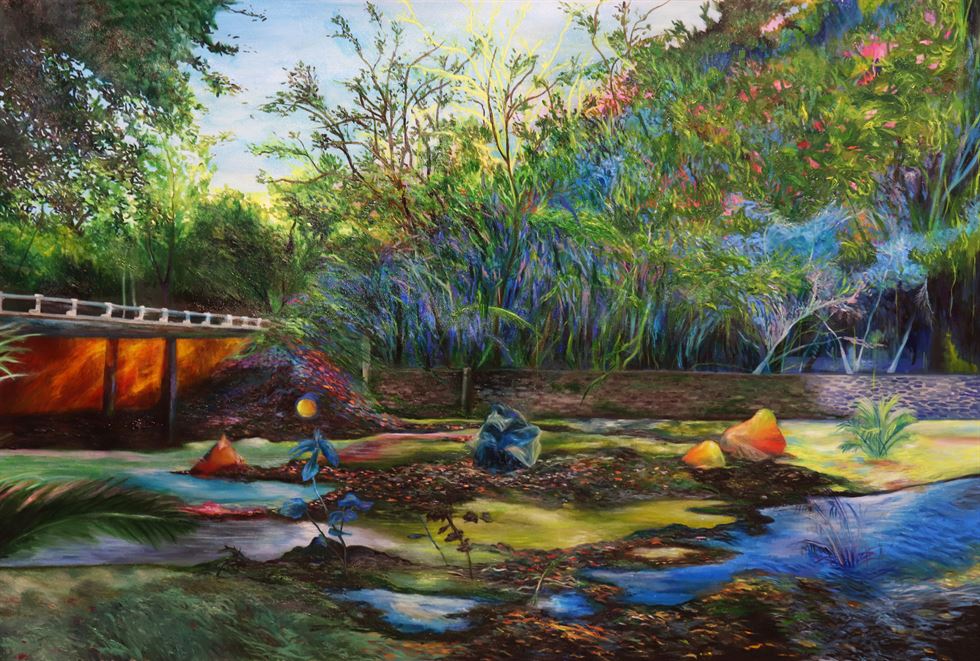 England Hidalgo’s works such as “Not So Quiet on the Western Front” are influenced by grotesque prints of Francisco Goya, but include the history and scars of the Philippines. Norberto Roldan’s works are also very indigenous as the artist puts Filipino objects such as floral wallpaper, bouquets, and drink bottles in small frames.

John Frank Sabado’s works expose the Filipino identity in the most direct way in decorative patterns, while Patricia Perez Eustaquio’s tapestry works were selected for this exhibit in relation to the mother company’s fashion business.The exhibit runs from Sept. 4 to 9 at the Insa Art Center in central Seoul. 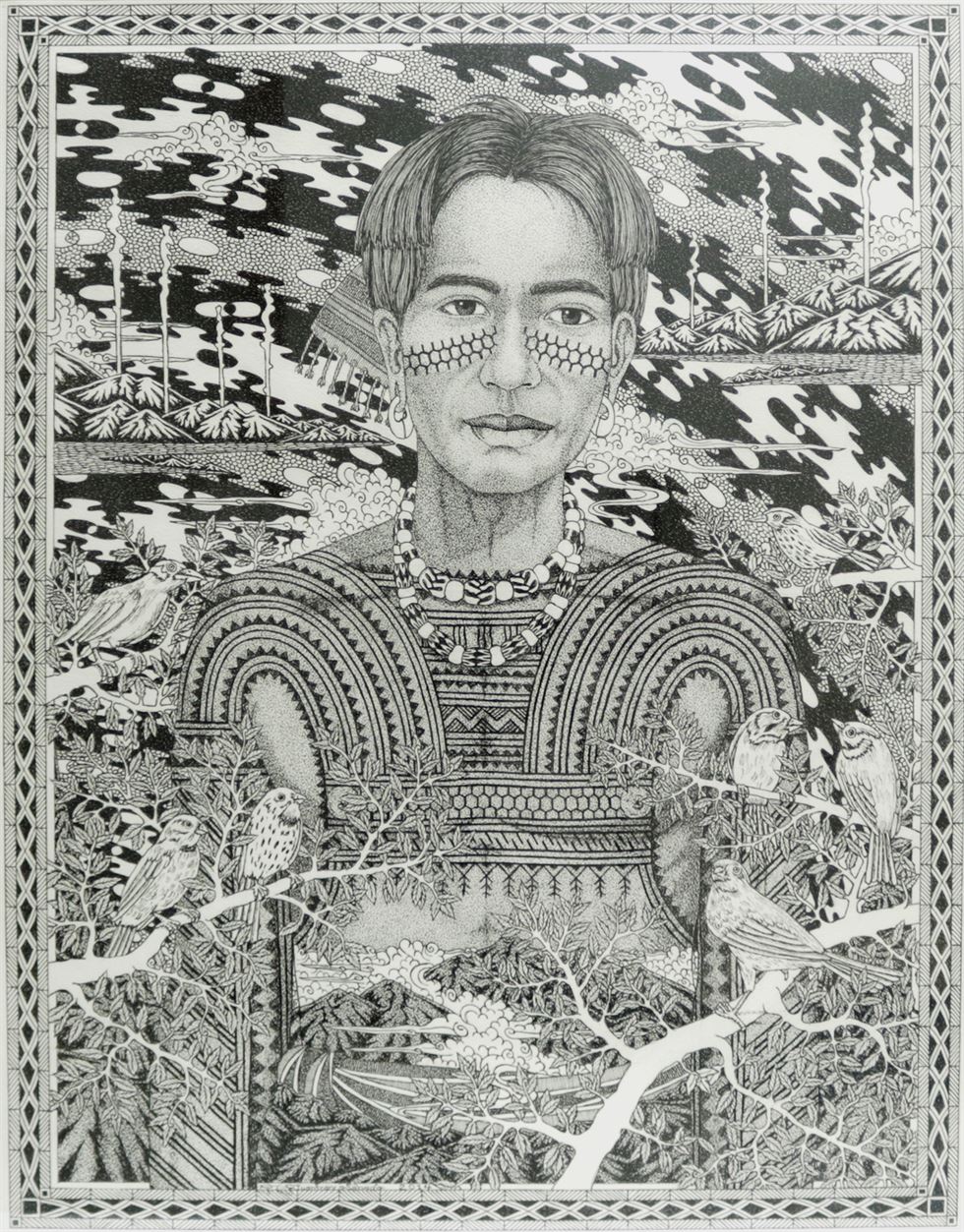